If you happen to be living outside of Asia, then there is a bigger chance of you entering Japan by plane than by any other mean of transportation. You are most likely to land in one of several biggest airports in Japan, probably Tokyo Narita or Haneda, not only because Tokyo is the most visited city by foreign tourists in Japan, but also because those two airports receive most of international flights.

Immigration procedure is necessary for every non-Japanese traveler and depending on the busyness of the airport can be either relatively fast and painless or unpleasant and wearisome. Luckily, it is only this one time you will have to go through it during your stay here. Apart from that, you can expect professionalism and punctuality from the airport staff, whose regard for your convenience is very admirable. 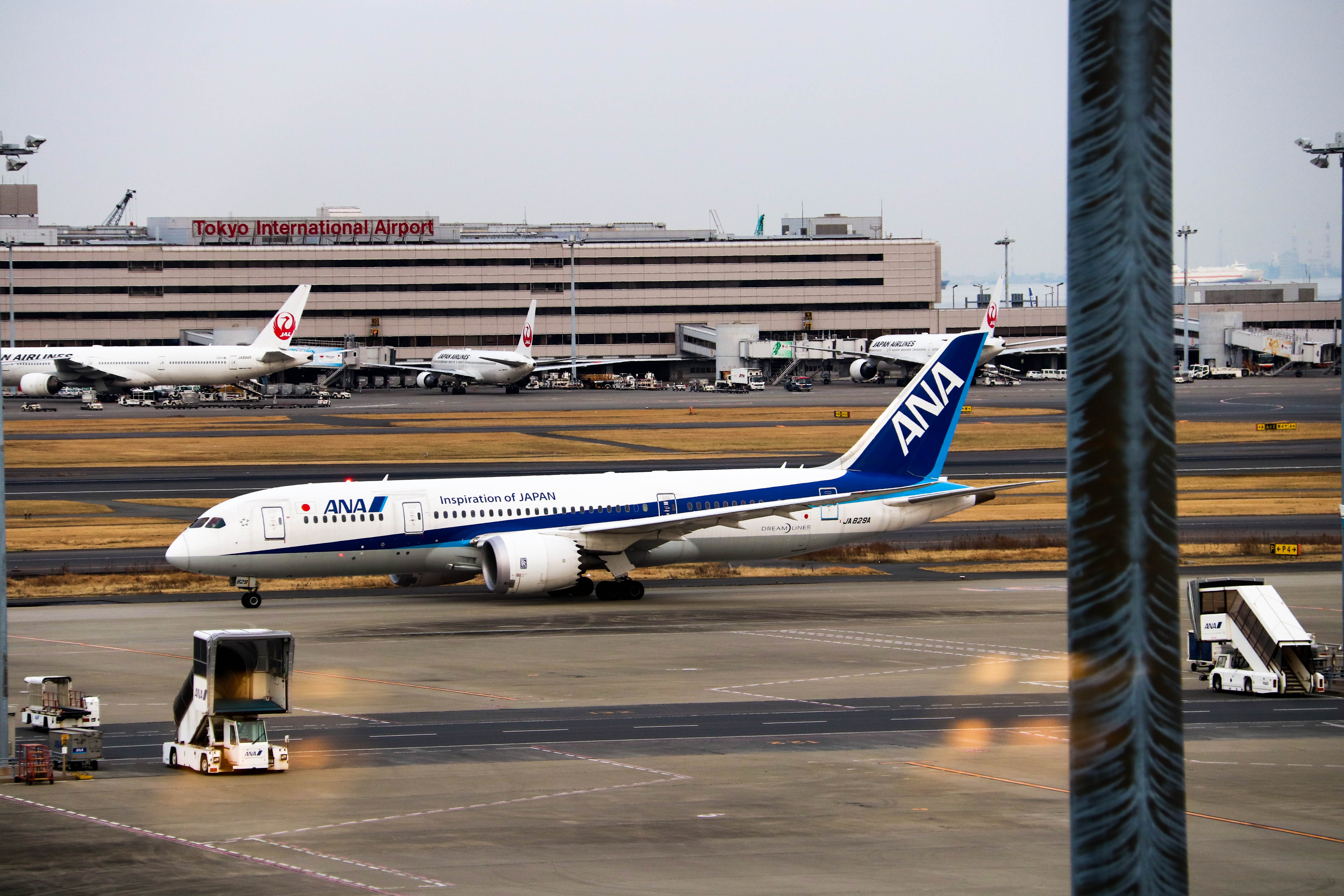 From the airport you go off to do things you planned to do and start your Japanese adventure. Given a possibility to explore Japan by world’s most reliable bullet trains – the shinkansen – you may forget about the existence of planes. However, domestic flights are another great way to travel here, with few benefits that the shinkansen lack.

In this blog entry I will make a comparison of those two means of transportation, so you can plan your trip getting the most use of your time and money.

One thing you must know about long-distance travelling in Japan: it is not cheap. Also, prices for tickets for all means of transportation are raised during seasonal and national holidays, so planning your visit on the time of Golden Week, Obon or Christmas – New Year’s Eve season will cost you almost double. But if you plan to stay only in one city you will not experience this sudden raise in prices.

Now, about the shinkansen: they are punctual and reliable. Zero fatal incidents in the history of shinkansen travels and an estimated yearly delay of under 60 seconds is a performance almost unbeatable. The experience of riding one is not a cheap one though. The most popular round-trip of Tokyo – Osaka – Tokyo will cost 29,000 yen or even more on the before-mentioned holidays. There is also the Green Car section, which is like a shinkansen 1st class, with seats that cost almost double the price of ordinary seats. Time you will spend on the train for one-way trip is 3 hours 12 minutes, which is very fast considering it takes not less than 6 hours to get to Osaka from Tokyo by car. 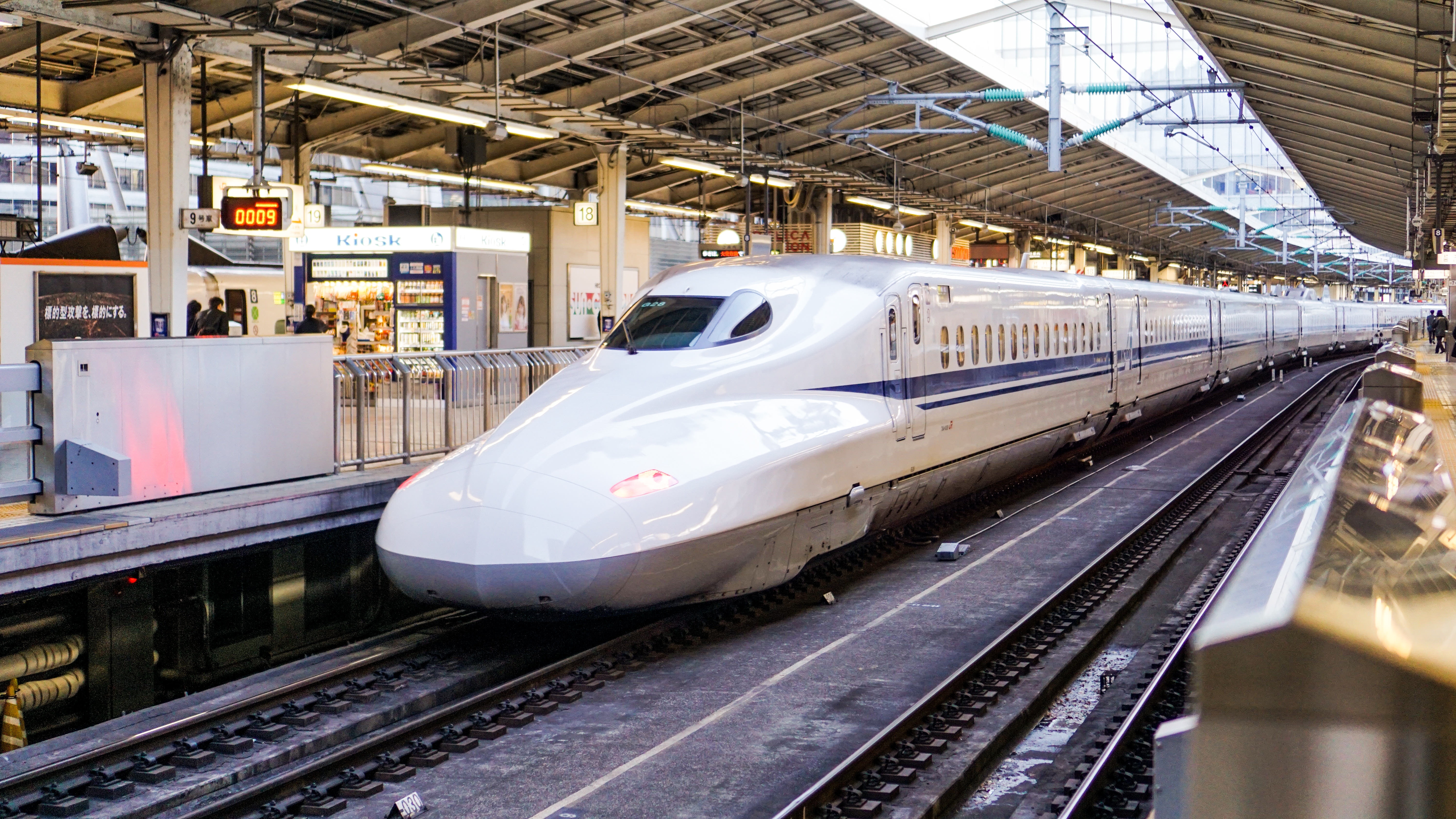 Can an airplane beat the costs and time of a shinkansen? Indeed, it can. Thanks to cheap airlines such as Peach and Jetstar you can travel to Osaka from Tokyo for around 6,000 yen one-way and 12,000 yen roundtrip. Flight takes only 1 hour. Check-in at the airport is also very fast, so there is no reason to arrive at the airport earlier than 45 minutes before your departure. You will not have to go through immigration once again when you land on the airport of your destination and you will claim your baggage quickly since domestic flights do not take many passengers.

One flaw of those cheap airlines is that they do not always allow heavy luggage on board, so make sure that you check the limit for every flight you wish to book. If you do have much luggage with you, you can still fly with JAL (Japanese Air-Lines) or ANA (All Nippon Airways), which have more forgiving policies for travelers with over-sized baggage. Those flights are around twice as expensive, but still around 5,000 yen cheaper than shinkansen. 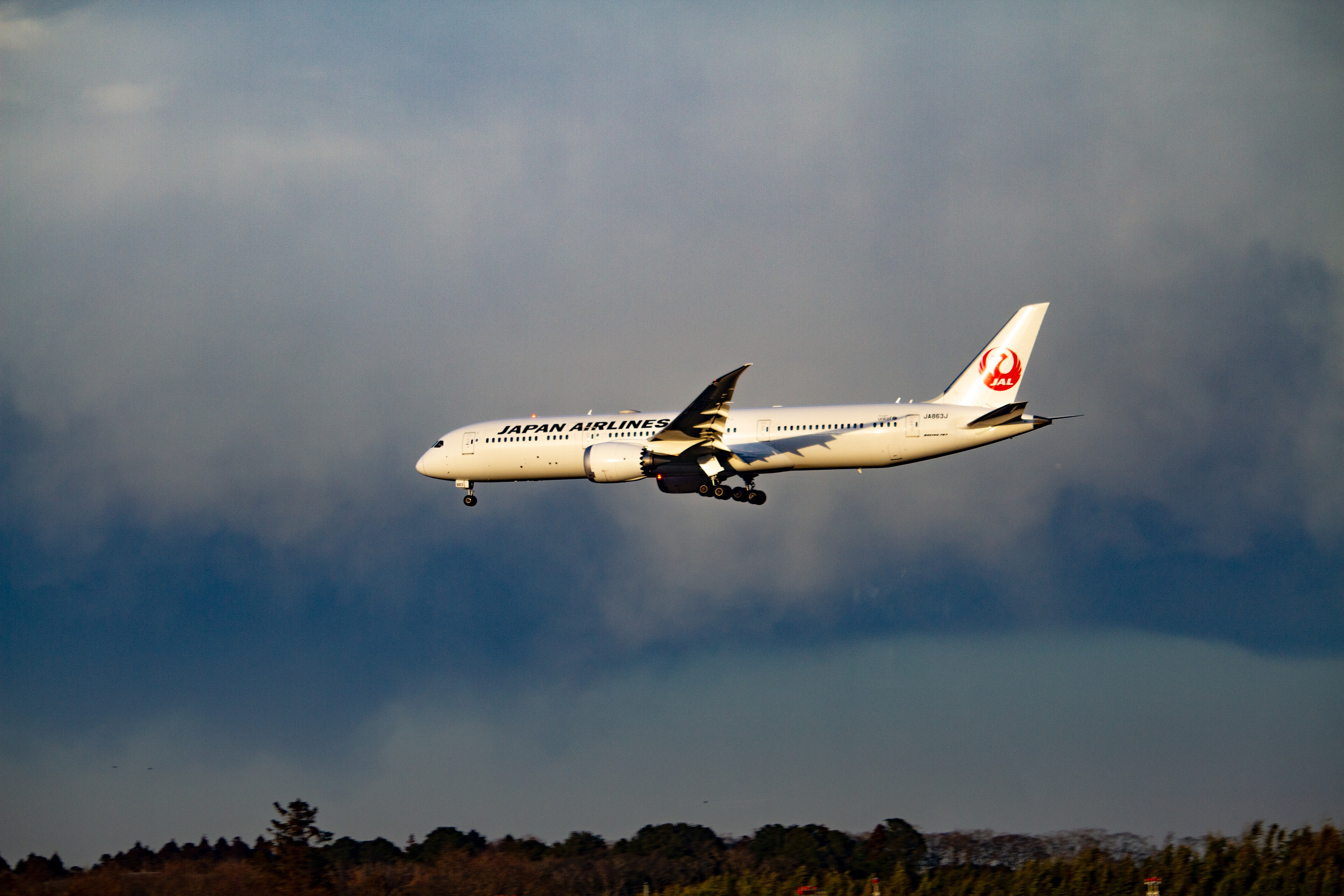 The further the destination, the more convincing the idea of travelling with a plane is. For longer trips such as to islands of Kyushu and Hokkaido shinkansen tickets becomes even more expensive and trains lose to airplanes in the race against time. Going half a country with a train also requires transfers to other shinkansen lines, which can be difficult for new travelers, while domestic flights in Japan are usually direct. Not every one wants to deal with the complexity of shinkansen lines, so it is another win for the simple airplane flight.

Another benefit of an airplane is the ability to visit various smaller islands disconnected from the mainland. The one that stands above the other islands in popularity is Okinawa, to where you can fly from Tokyo for only 13,000 yen round-trip and a one-way flight takes only 3 hours.

There is just one more thing to cover in this blog entry and it is the Japan Rail Pass. It offers unlimited use of shinkansen and JR trains for the period of 7, 14 or 21 consecutive days. Prices are 29,110 yen for 7 days, 46,390 yen for 14 days and 59,350 yen for the 21 days rail pass. For the chosen period you can ride the shinkansen, as well as most of the JR line trains in cities, some non-JR lines, buses, ferries and Tokyo Monorail to Haneda Airport. If you plan to visit many Japanese cities during your stay in Japan, which I strongly encourage you to do, Japan Rail Pass is a must-have since it will greatly lower your travel expenses.

On the Japan Rail Pass website, you can also find an offer for the regional rail passes, which have even lower prices, but restrict your travel distances to only specific regions. They can also be bought for a shorter period of days, so you can plan your rides more accurately. A good deal for those who stay in Japan for less than one week.

Also, be aware that you can only buy Japan Rail Pass and the regional passes before your arrival in Japan and only if you stay here for touristic purposes, on a max 90 days visa and without a working permit. There is no way to acquire the pass after landing (it was available for a short period of time, until March 2019), so make your order and plan your trip in advance. 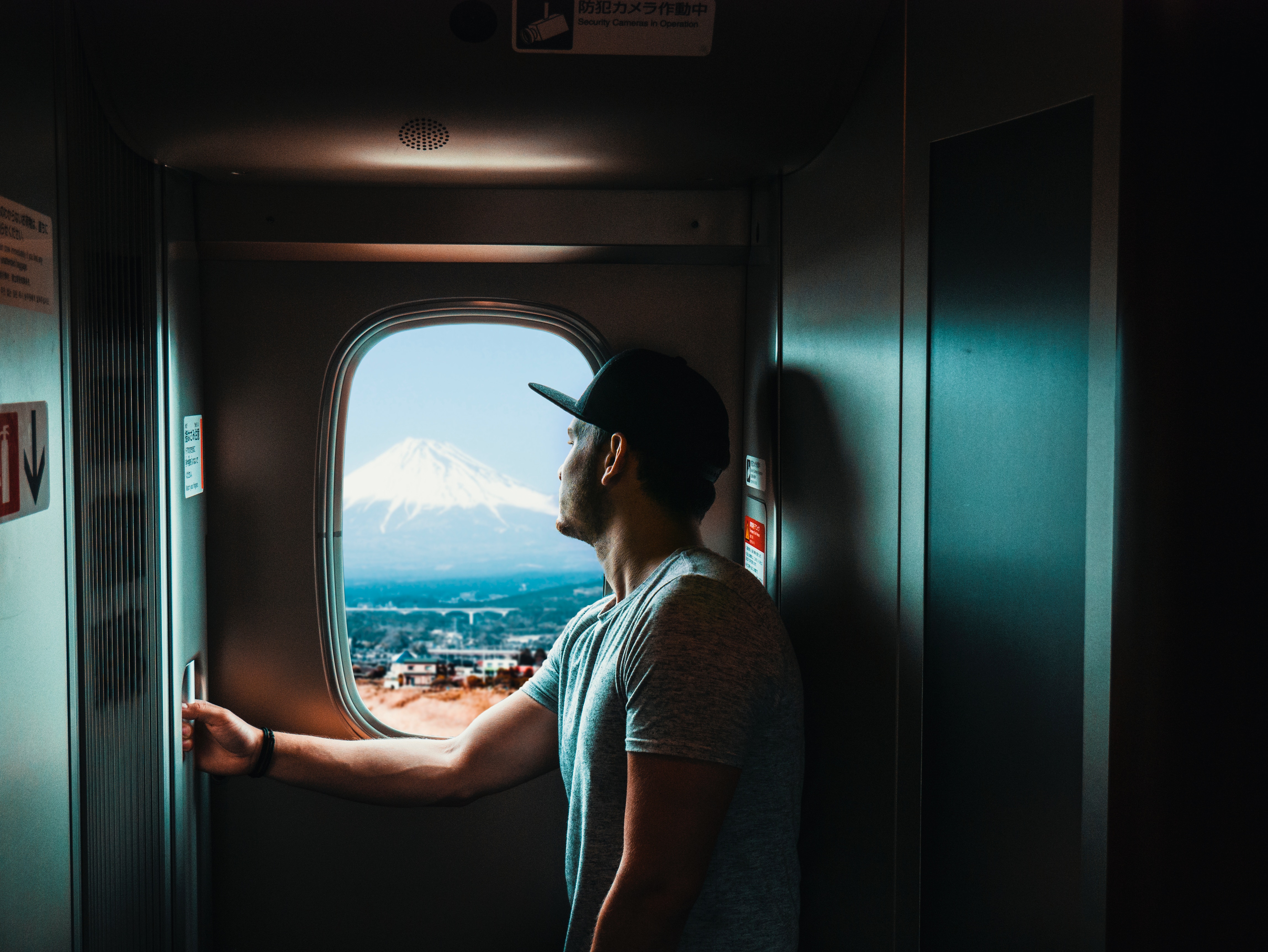 Both domestic flights and Japan Rail Pass unlimited shinkansen use are great ways of travelling in Japan, very time-efficient and money-saving. However, regardless of the price we believe you should ride a shinkansen at least once during your visit in Japan, because of how iconic Japanese bullet trains have become. Amazing landscapes of Japanese nature and cities visible from the shinkansen window will also keep you amazed during your ride.

If you are interested in other means of transportation in Japan, we will also make posts about renting a car in Japan and bicycle routes in Japan and add links to them when they are done.