I used to live under a strong impression that Japanese have a healthy and balanced diet. That must be how Westerners explain to themselves why people in Japan live for so long and do not struggle with any diseases. This is however false, or was a thing of the past, cause I have never met a nation more in love in fried chicken than the Japanese. But honestly I do not blame them. Chicken is delicious. And while it is bad for health of even 100+ years living Japanese, I cannot imagine life without it. No, I cannot imagine Japan without it.

Fried chicken is a staple dish of a special type of a Japanese eatery, an izakaya. Izakayas are everywhere, in every district, in most towns, any place that is close to companies, train stations, city attractions. You can call it a pub or a bar, both kinda fall into the same category, but have some differences. Most izakayas do not open until 4 or 5 PM (some chains do 24/7) and once they do they are not your standard restaurant. Inside is loud, especially on Fridays, when every company worker drinks own stress away with coworkers. But noise should not bother you, izakayas are casual and give everyone a chance to chill out. People are friendly and often start conversations between tables. In fact, most of my experiences of going to an izakaya include someone from a different table suddenly ask me a question. Best case scenario is that they will share their food with you. 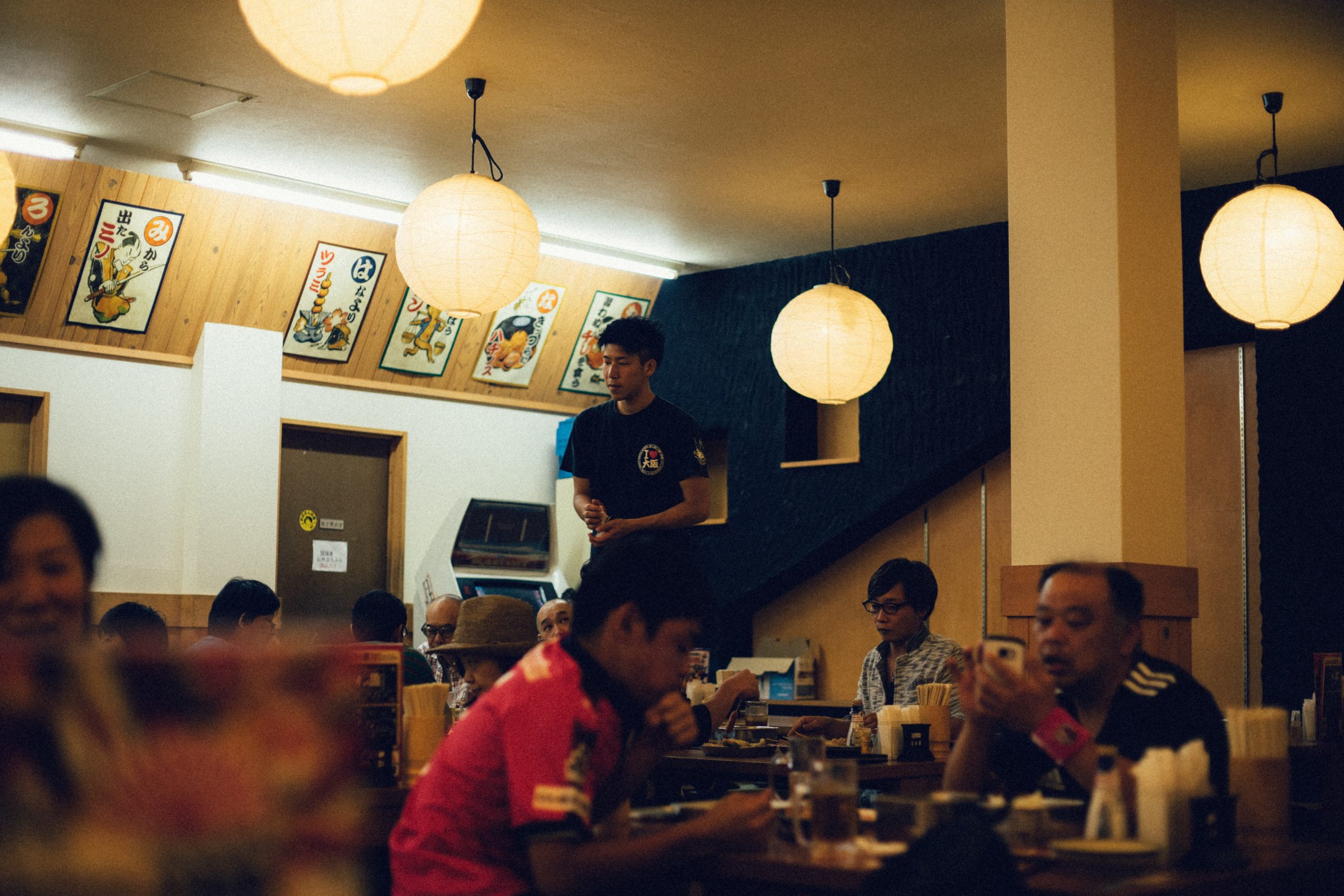 As you enter you will be asked how many people are in your group and after that taken to your table. Rarely do you get to choose where you want to sit in an izakaya, but it is because they have many people coming and leaving all the time and need to keep things organized. Once seated, you will be brought a small starter, called otoshi or tsukidashi. This starter is in fact a table charge of 300 yen that you will not know about until you receive your bill. Legally you are allowed to refuse it, but I never saw anyone do it. It is sort of a general agreement, instead of tipping you receive a small dish that is definitely not worth 300 yen. It can be a salad, sometimes just peanuts. There is usually just one otoshi per day, so you cannot really switch it for something else. I have seen however a person asking for another otoshi. He was not charged another 300 yen for it, but received a strange look from a waiter. Although law allows you to refuse otoshi, I think it is better to stick with the custom. 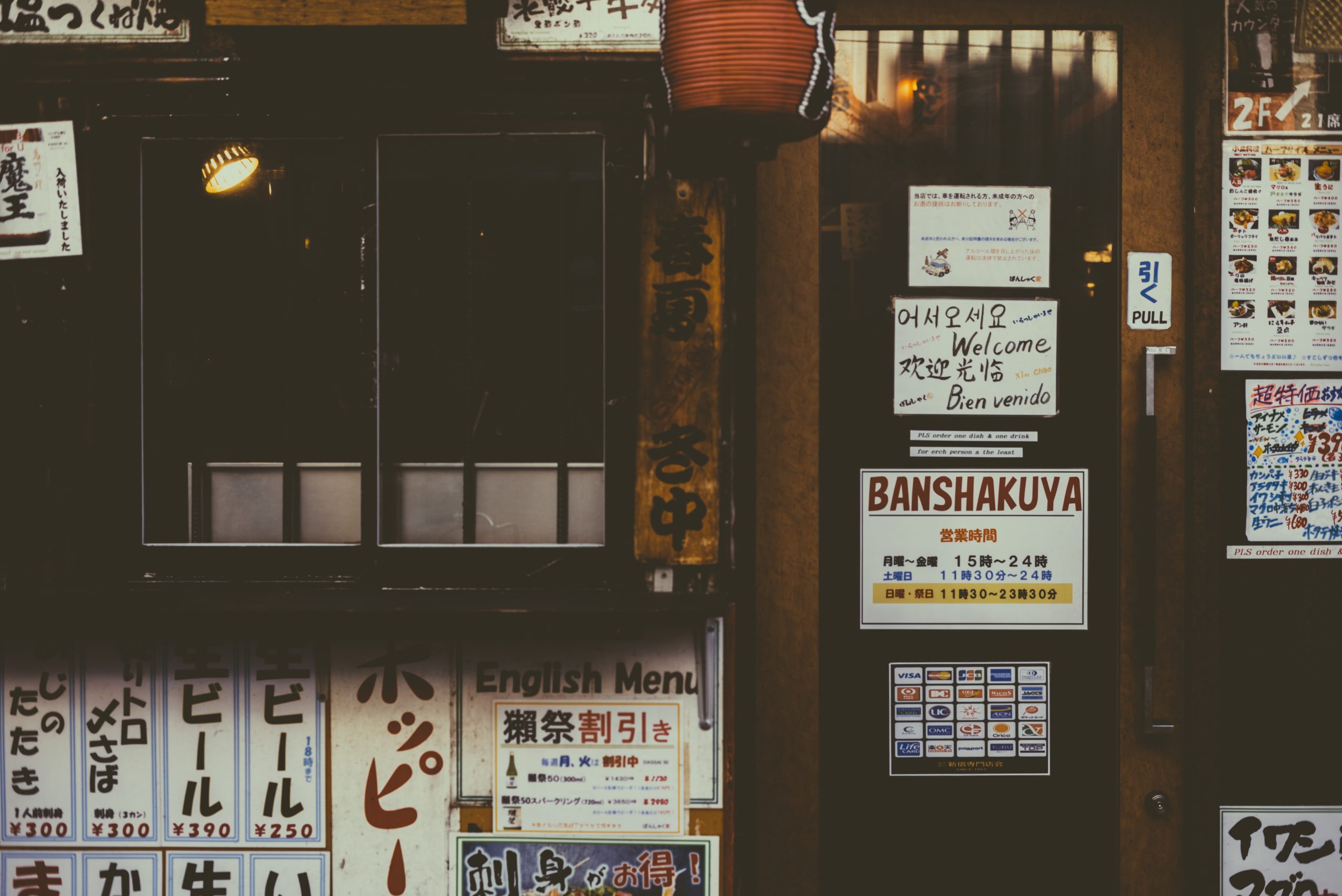 Menus are hard to describe. There is a little bit of everything, generally small portions of food for a group to share. Here is what you should definitely try when in izakaya.

Yakitori 焼き鳥/やきとり – chicken skewers. Different parts of chicken including skin, liver and hearts also available. Personal favourites are skin, legs and liver. Staff almost always ask whether you would like them in shio (salt) or tare (salty soy sauce). Everything excluding liver tastes better in shio in my opinion, but feel free to try experiment. For people who just cannot decide for themselves, there are usually mori-awase 盛り合わせ of yakitori, which are sets of most popular types. You usually cannot make changes to the set.

Karaage 唐揚げ/からあげ – fried chicken. Big juicy pieces of fried chicken will surely bring smile on your face. Depending on a place you might be able to find different recipes, like garlic breading or spicy ones. Karaage are most often served in between 5 and 8 pieces, tend to cost around 400 and 800 yen. On the side you usually get a piece of lemon and mayonnaise for dipping (as if it was not enough saturated fat for you). 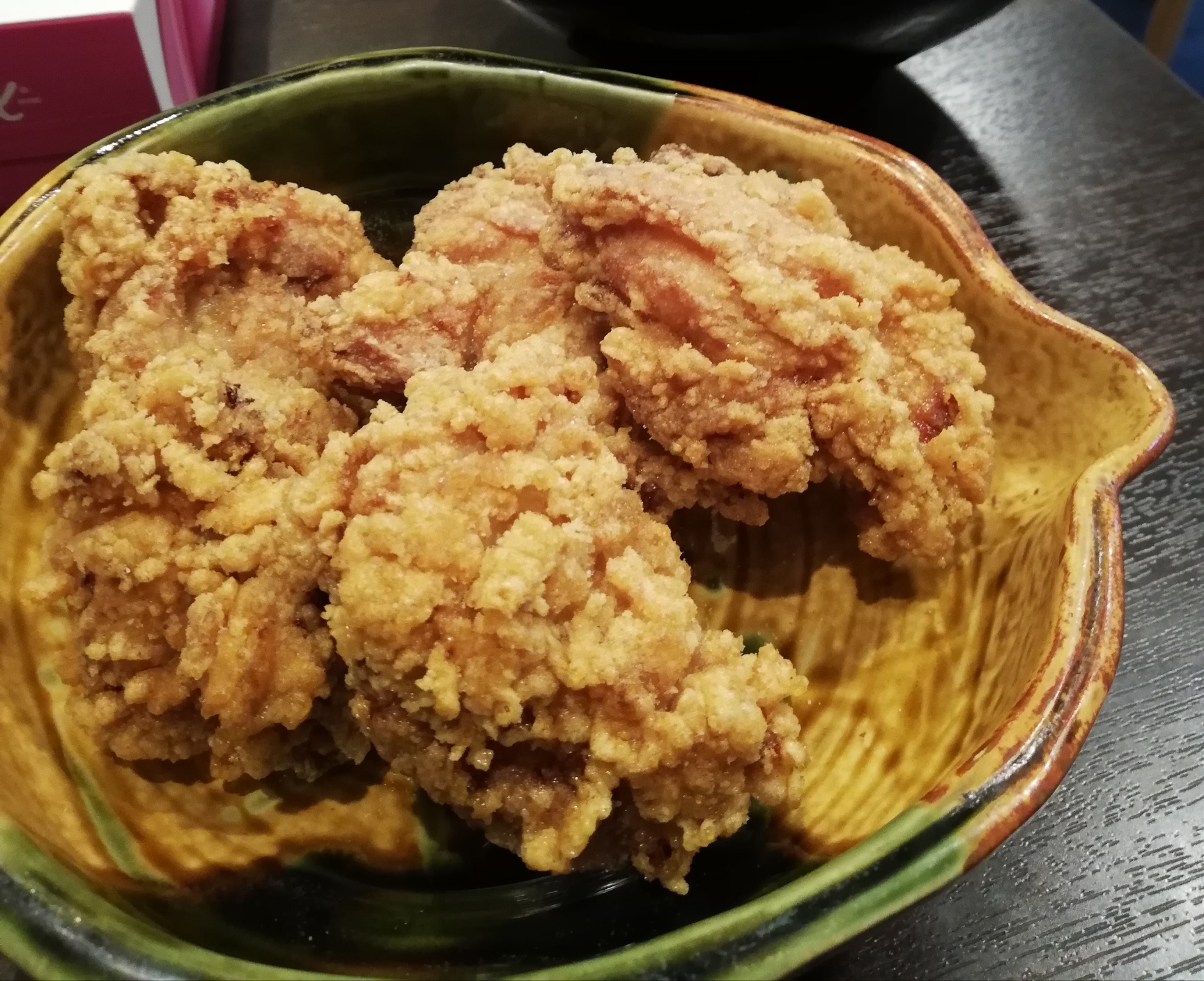 Ika no sugata-yaki イカの姿焼き – grilled squid. Costs usually not more than 500 yen and size is quite satisfying. It is cut into 8 to 14 pieces so everyone in even a larger group can have a piece. In some places extra sauce and sesame is served together with it but it is not a rule. It is a good dish for those who want to avoid eating too much fat. Squid meat is full of protein and has barely any fat in it. 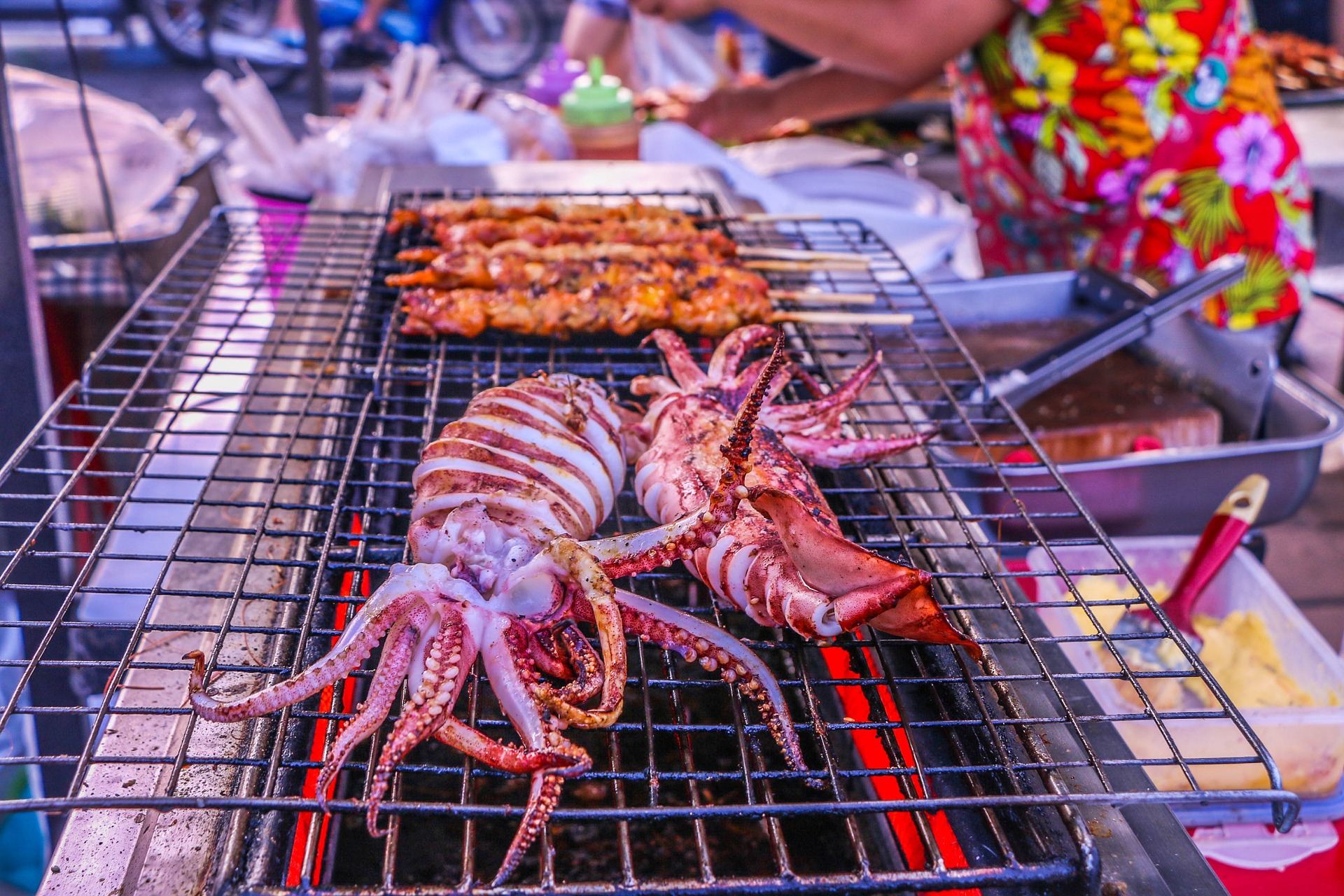 Edamame 枝豆/えだまめ – immature soybean. Most popular Japanese snack available even at small convenience store. It is a very healthy side-dish with plenty of fiber, protein and antioxidants. Almost always served with a bit of salt. Becomes more addictive than potato chips. It is also the cheapest dish in almost every izakaya (not more than 300 yen) and big enough to keep you occupied before main dishes arrive. 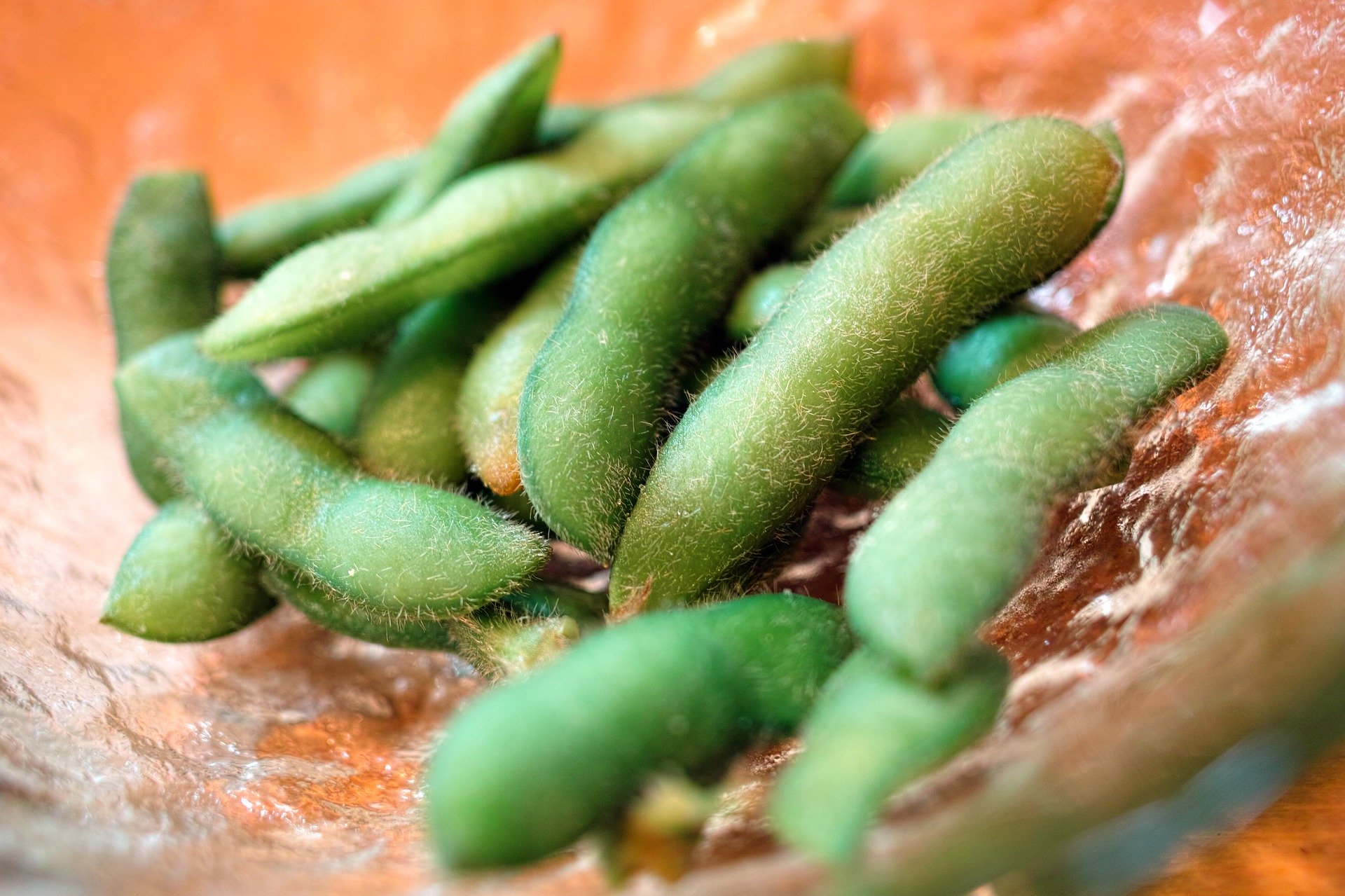 Hokke ホッケ – atka mackerel. Sun-dried mackerel with a wee bit of butter. Bones are easy to remove and meat is not too fatty. It is one of the largest dishes available at izakayas, the fish is sometimes up to 65 cm (25 inch) long. Almost always served with grated white radish. I recommend using a bit of soy sauce with it too.

Motsu nikomi もつ煮込み – braised stew. Often served with cooked potatoes, carrots, green onions it is super popular on cold winter days. On summer many izakayas serve it cold and it is really a refreshing taste. Meat used for this stew is pork giblets, but they are well cooked and tender. My friend who was afraid of eating giblets learned to enjoy them by eating this dish.

Age-dashi tofu 揚げ出し豆腐 – fried tofu in corn flour and potato starch. Golden brown fried tofu is served in a salty kelp and rice wine sauce. It is a vegan dish with a lot of flavour to it. Tends to be inexpensive too, usually around 250-350 yen. Some places stopped serving this dish because it is not easy to share. It is hard to spot on any course menus, but smaller group of friends usually order it.

Kushi katsu 串カツ – fried skewers. Not only chicken, but other meats too and not only meats but tofu and vegetables as well. This Osaka delicacy is super popular and ordered on any possible occasion. Personal favourites are shiitake mushrooms, eggplant and meatballs. It is a simple dish allowing for unlimited new recipes. You will be served kushikatsu with a sauce container on a side. You cannot double dip your skewer since the sauce is used several times. Every Japanese is aware of this rule and follows it strictly, so you are expected to follow it too. You can also dip cabbage in it. Some izakayas (especially those owned by people from Osaka) give you free cabbage slices.

Shio-kara 塩辛 – fermented seafood. Various marine life fermented in their own viscera is a traditional Japanese dish, often called chinmi 珍味, which means rare taste. It is hard to describe the taste to shiokara, most people find it out after they try it. At first a bit salty, then different taste hits you, mostly based on spices the cook used. It can be a bit spicy if they used shichimi or pepper. Most popular one is ika no shiokara, meaning fermented squid.

Sashimi 刺身 – raw fish or meat slices. Dish to which many foreigners are already accustomed, but in Japan they tend to have their own variations. I prefer meat sashimi, using beef and sometimes horse meat too. But fish sashimi are more common and widespread. This dish is usually a bit more pricey than the ones mentioned above. Smaller sashimi sides cost 500 yen, but larger sashimi plates rarely start lower than a 1000 yen. I believe that this dish is an exemption from the rule that paying less is better. Good sashimi are worth their price.

List does not close on these mentions. Menus in izakayas are loooong. There is more fried stuff, including my favourite junk food – hamu katsu (fried sliced ham), french fries, pizzas, okonomiyaki and monjayaki, list goes on. Basically anything that goes well with alcohol. And drink offer is just as impressive as food. There is a lot of Japanese sake, which Japanese call nihonshu, plum wine umeshu, beer (most likely Asahi, Kirin or Sapporo, but Heineken seems to be available at some izakayas as well), few cocktails (I have often seen Moscow Mule, Gin & Tonic, Cuba Libre, Mojito, Screwdriver, Cassis Orange, Malibu Milk) and Japanese specials, highballs and sours. 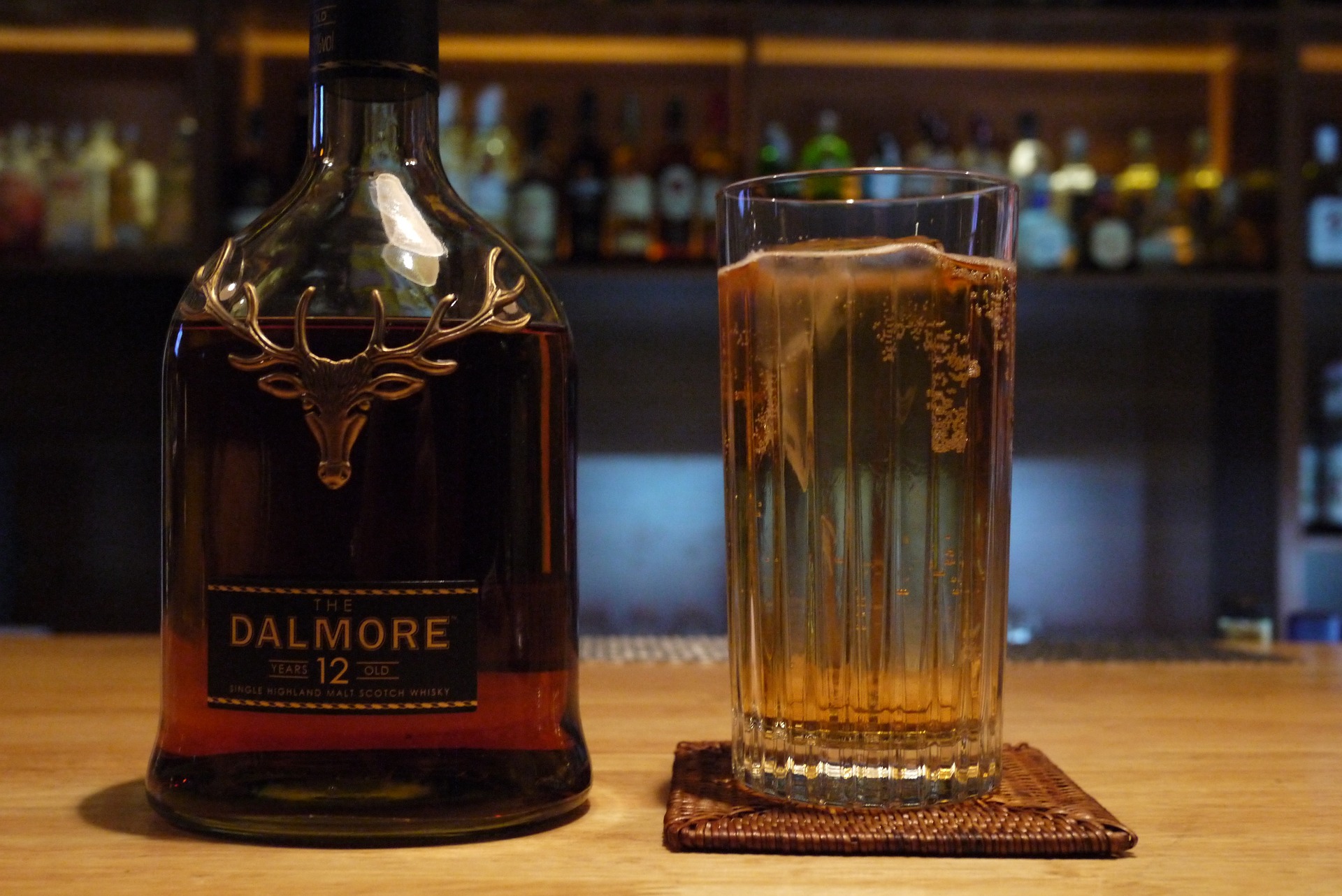 The last two are izakaya rulers, their names often screamed from tables to passing waitresses. Highball is whisky with soda (more likely to be soda with whisky though), a refreshing drink with whisky bitterness matching well with heavier dishes. Sours are sweeter (does that make sense?) low in alcohol volume drinks using Japanese shochu (potato vodka). Most popular is lemon sour, and grapefruit sour is on the second place. Depending on the place drink menu can have many more sours, like kiwi sour, energy sour (with Red Bull), lychee sour.

But the most important decision to make in an izakaya is to whether or not commit to a nomihoudai 飲み放題 offer. This is the ‘all you can drink menu’ with around 40 available drinks you can choose. Nomihoudai can last 60 min, 90 min or 120 min and you can drink just any amount of alcohol in that amount of time. Another rule of this offer is that everyone in your party must commit. Calculate if you will get your money’s worth on a specific offer an choose. Usually it is worth it, cause 60 min nomihoudai costs the same price as 3 or 4 beers. If you are Eastern European you know that it is more than possible to drink twice as much in that time.

Tabehoudai 食べ放題, ‘all you can eat menu’, is a thing too, but definitely less popular than nomihoudai offers. Bigger places also have course menus, which seem expensive (3,000 – 10,000 yen for person), but you have a guarantee that a lot of food will be served to your table. If you are in a group of more than 10 people, you may be forced to order a course set. 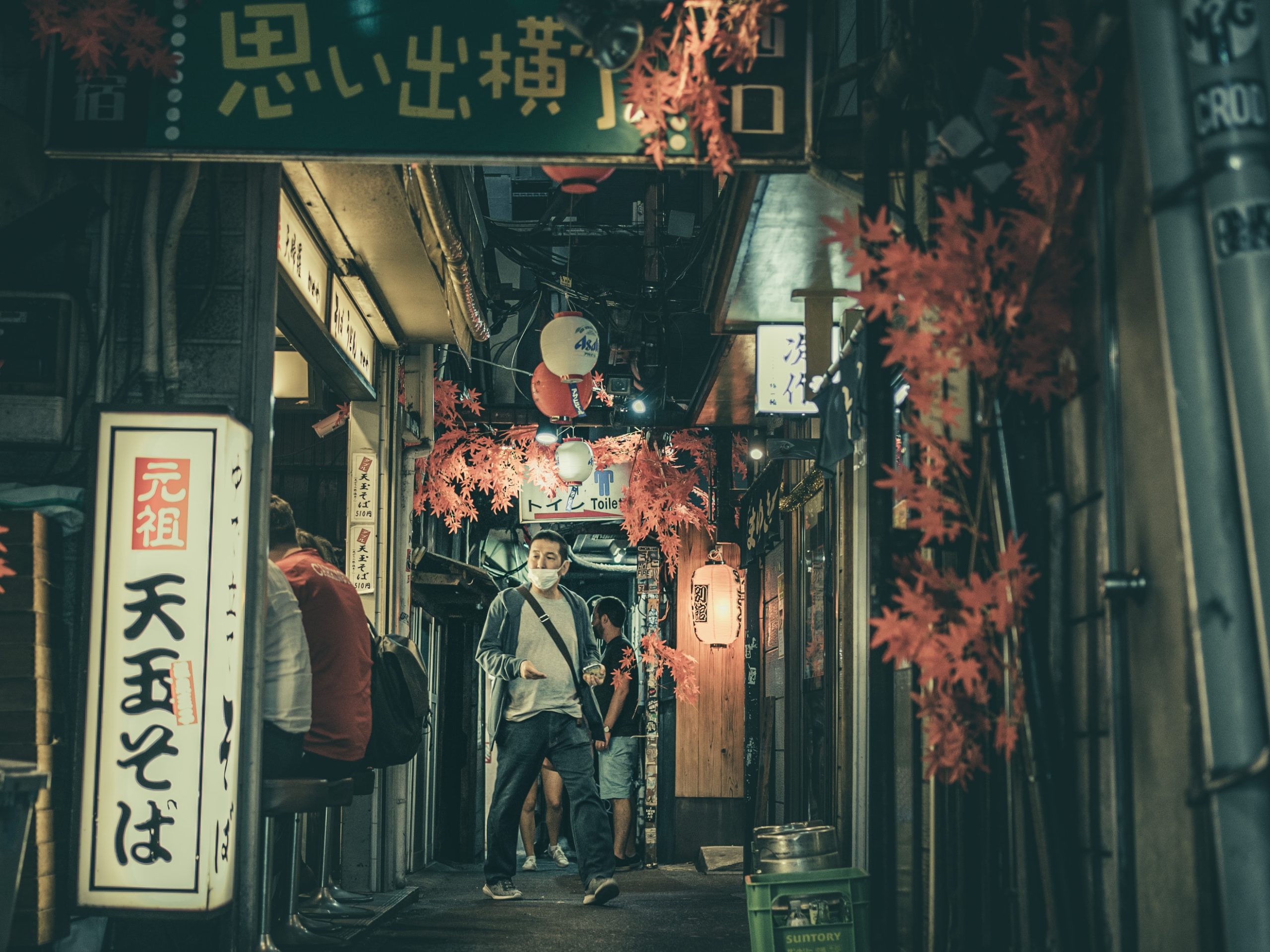 Staff in an izakaya is always busy and no one will arrive to your table unless you ask for them. People everywhere in Japan will understand the word ‘sorry’ and ‘excuse me’ but you might have to be loud enough to get their attention. English understanding may depend on the place, so if you do not speak Japanese your best way to get an order is to name the dishes you want or show the pictures of them on the menu.

Lastly, before going to an izakaya you might want to learn how to use chopsticks. Some places do not have different utensils for you to use so this ability is crucial!

This summarizes my explanation of what an izakaya is. But I have not stressed enough just how important part of Japanese contemporary culture it is. Not that I need to, I hope you will experience it for yourself. Dates, parties, friends meetings and time-killing takes place here and integration between all those are just as common. If you are looking to meet someone here, izakaya is a place to go. You might also bump into me. Yes, that is very likely.

Okay, have to go. See you in the next post. 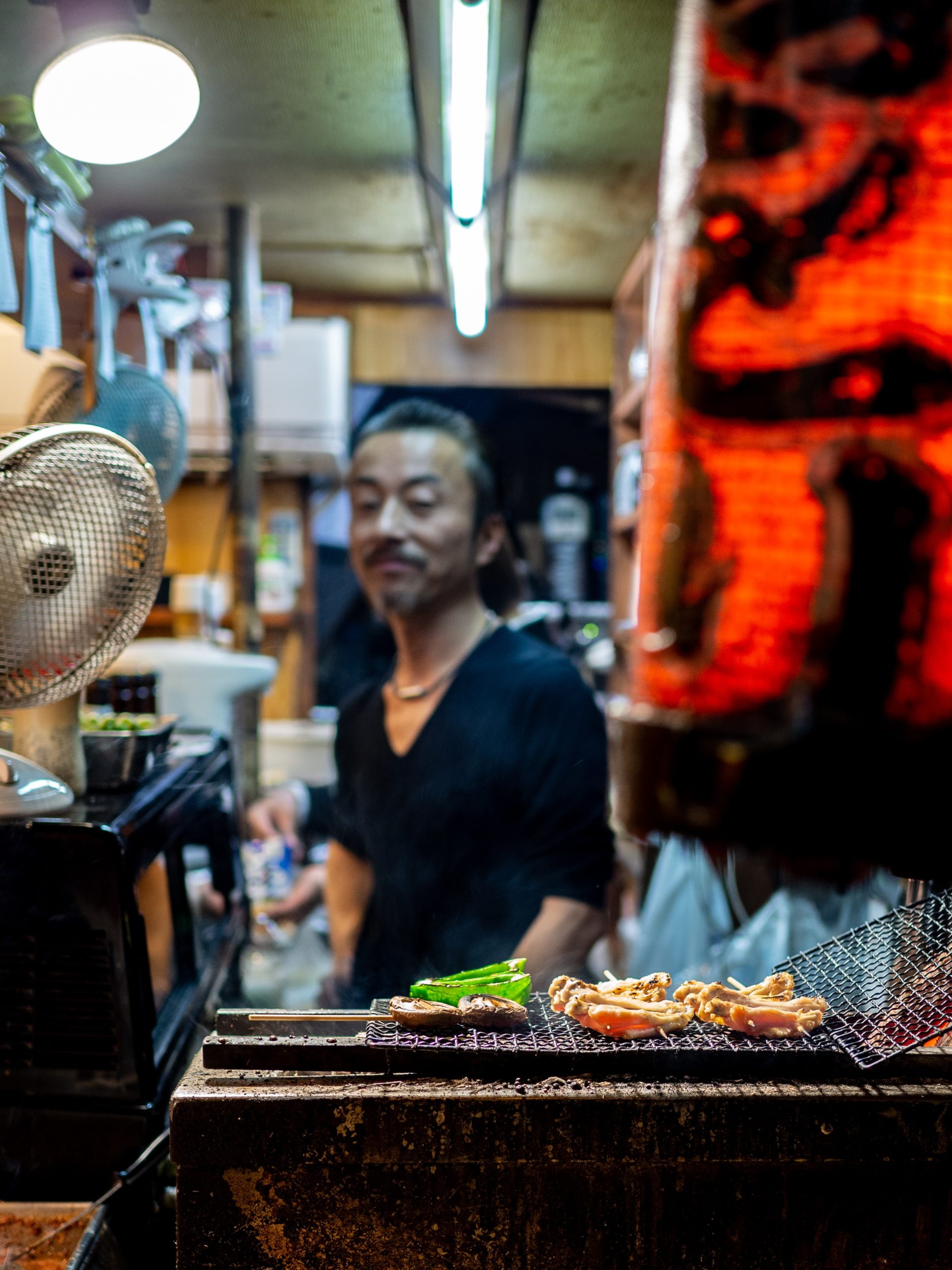