Tickets for games in Japan for 2020 Olympiad were sold out immediately, sales of airline companies on flights to Tokyo skyrocketed. In addition to that Japanese Tourism Agency expects arrival of 40 million tourists in 2020, 10 million more than last year and 35 million more that 5 years ago.

This is not the first time for the Japanese to host Olympic games. Japan first won the bid for hosting Summer Olympiad of 1940, which was cancelled because second World War outbreak. Olympic games of 1964 was the second bid Japan won, and a chance to revive the post-war economy. At the time the city of Tokyo lacked any futurism and had very little appeal to foreign tourists. Actions taken by the government to modernize infrastructure, provide accommodations and build sports facilities that meet the IOC standards are the reasons why this city (and country) is more the way we know it now. And if you do not believe that, imagine Japan without bullet-trains or Tokyo without Tokyo Tower. Urbanization of Tokyo was fast paced and some still remember new highways, stadiums, railways to be appearing almost overnight.

Apart from a huge boost to economy, Japan managed to change one more thing. Namely, the terrible image that Japan was stuck with after second World War. Thanks to the Olympiad most people, especially those from Western countries, stopped associating Japan with a violent and rampant country. Year 1964 was just around the middle of Cold War and Japan engaged in mediating the two superpowers, USA and USSR, competing against each other in a seemingly never ending militaristic race. Since just before the beginning of Olympic Games of 1964, the Peace Flame in Hiroshima Peace Memorial Park is continuously burning and will not be put down until all the nuclear weapons are disassembled. 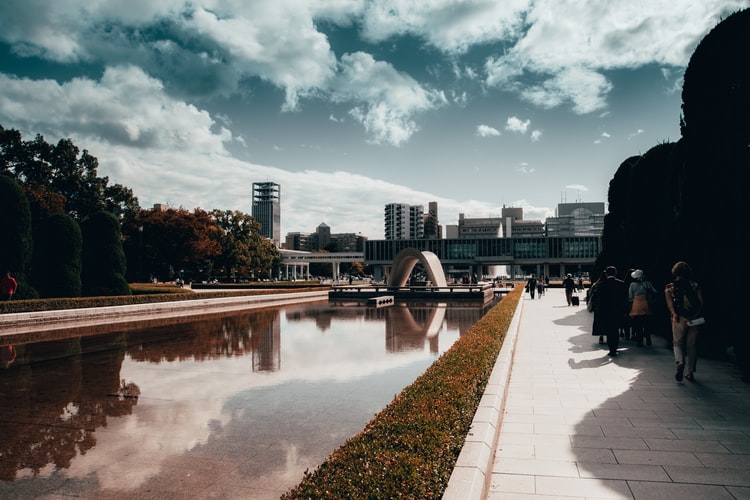 Japan had had to go through similar preparations when it won bids for winter games of 1972 in Sapporo and 1998 in Nagano. Despite good organization, less tense political situation and considerable profits neither of those two Olympiads had an impact similar to 1964. Naturally, Tokyo Olympics 2020 are not going to change anything either… or are they?

If Japanese Prime Minister says that the task of 2020 Olympics is to “vitalize the whole of Japan”, you know that expectations are high. As mentioned before, Japan wishes for an arrival of not less than 40 million foreign tourists in the year 2020, Olympic games spectators and visitors of Tokyo in particular constituting for a large part of that. That is the most Japan has ever had, but some are still wary about very expensive investments. There had been warnings and fears of Olympic games buzz eventually burning out and meticulous research was necessary to calculate a reasonable budget. Nevertheless, the spending is still enormous. Organizers, who decided to make the event “the most innovative in history”, expected it to cost around several billion dollars back in 2014. This changed to $12.8 billion in 2018, then $25 billion at the beginning of 2019 and now closing at around $30 billion. In order not to pass the 30 billion mark cuts in the budget were necessary, such as changing the estimated cost of new 2020 Olympic stadium from $2 billion to half the original price.

Innovation Japanese organizers want for Olympic games is to create a futuristic city of Tokyo, with multilingual accessibility, live-broadcasting, machination and introduction of AI into entertainment, surveillance and customer service. Basically, they wish to promote everything Japan is trying to dominate in the worldwide market.

The Tokyo Organising Committee also created the Sustainability Plan, an environmentally-friendly concept with very ambitious goals. There will supposedly be zero carbon dioxide emissions, because of the use of 100% renewable energy for powering the Olympic venues. Water saving technologies will be used and Olympic Village will be made in 99% of reusable materials, including rental and leased equipment. Environmental damages will be limited due to utilizing existing venues for many games. Rainwater and recycled water will also be utilized to limit fresh water usage. Learn more about Sustainability Policy on their website.

Another great change to happen to Tokyo (and in many locations already visible) is making a city more accessible for people with disabilities. Successful Paralympics in organizers’ opinion will help to change attitudes of people toward those with disabilities as well as to create a safer and more comfortable Tokyo. For example, new legislation obliging hotel owners to make their rooms accessible. This includes elevators and stair ramps, wider doors, textured signs, etc. Accommodation with less than 50 rooms will not undergone these changes though. Probably because many buildings in which they are located would have to be completely reconstructed and that is something smaller businesses cannot afford to do.

When it comes to city communication great majority of city buses and trains are barrier or step free. On train stations staff reacts fast and helps disabled in wheelchairs in getting inside inaccessible ones too. All the streets are being covered with textured yellow pavement passes allowing the blind to navigate around the city jungle. Most of the main streets light signalization makes sounds to communicate when people can safely cross the street. 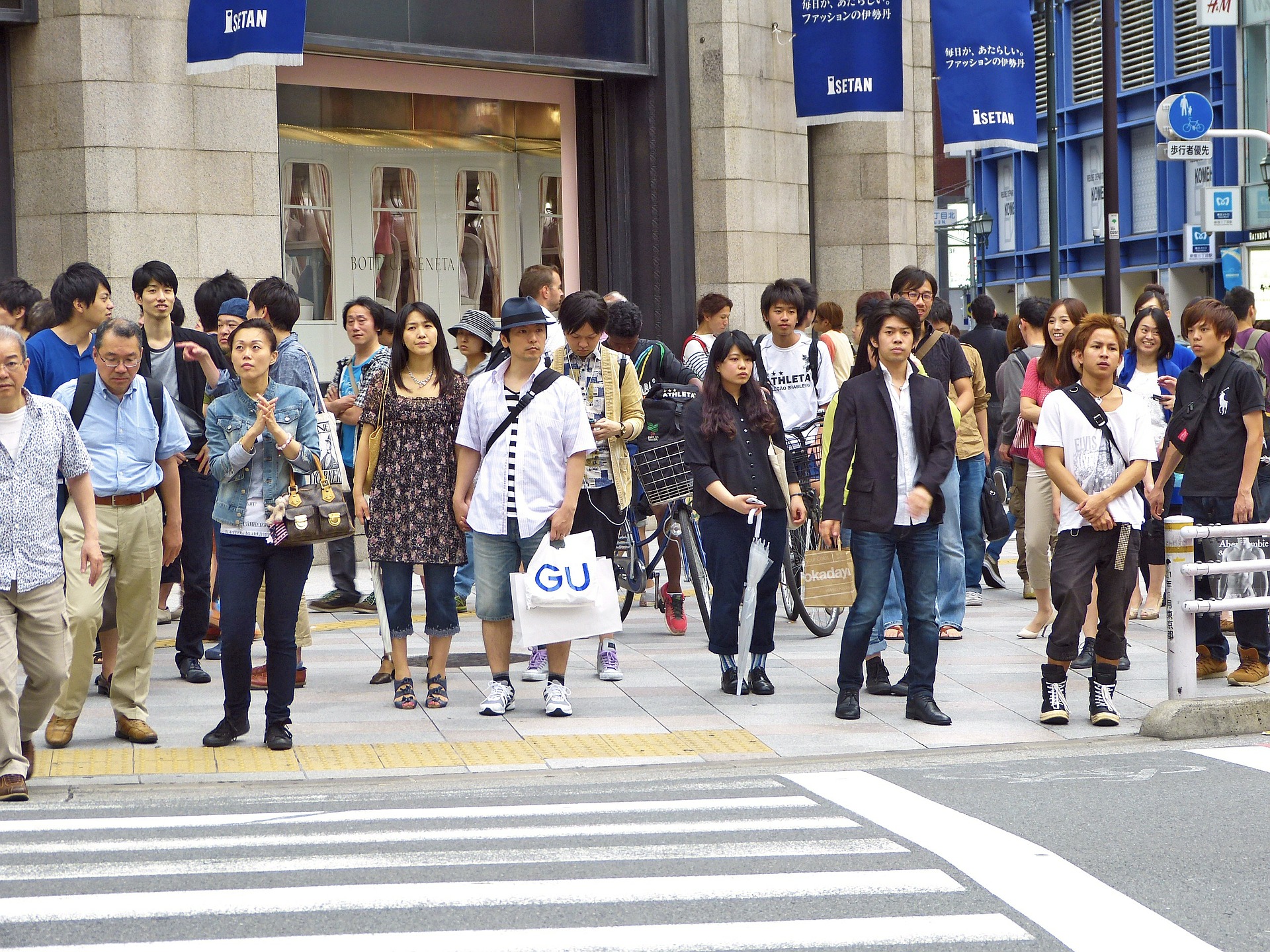 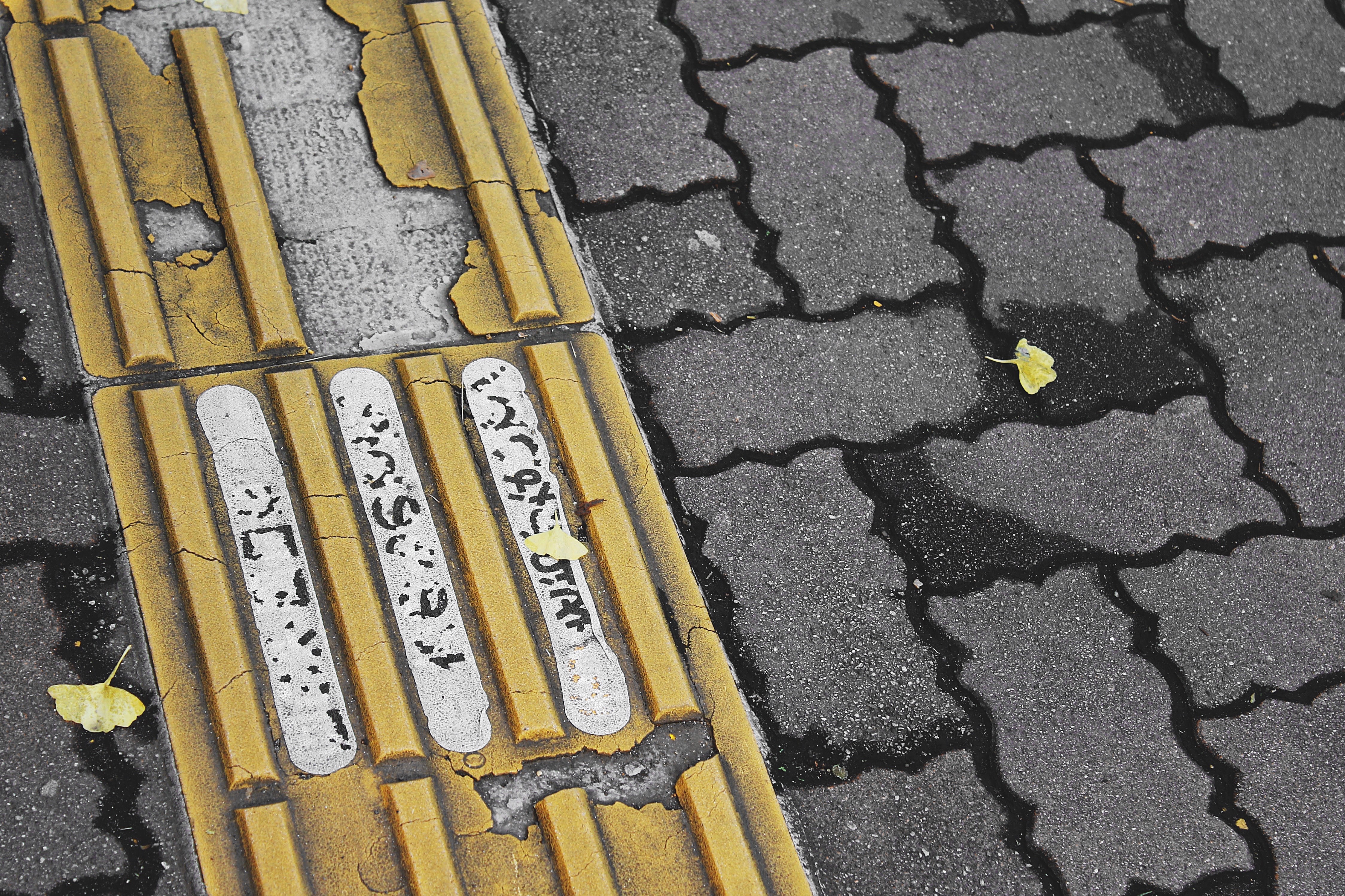 I wish to mention one more thing, and this time a bit controversial. That is of course the smoking prohibition in most indoor businesses and almost every outdoor space. Before winning the bid for Olympic games Tokyo was a haven for smokers and smoking was allowed in most eateries. District governments of Tokyo decided that change is necessary to make foreigner families and non-smokers feel more casually while eating out and sightseeing in Tokyo. This was met with bad response from restaurant owners. Refusal to prohibit smoking was given not only by small, family-owned businesses afraid to lose numerous tobacco loving clientele, but also chain restaurants, who say that smokers were always allowed in their stores and it is not in their interest to stop this tradition.

Solution to this problem was dividing space inside to non-smoking and smoking seats and putting them in different rooms. Those who fail to do this by 2020 will be forced to ban smoking inside their stores altogether. Smoking outside, in restaurants’ outdoor seats, will be prohibited too. Most convenience stores had to remove ashtrays from the outside, which until now all customers could use for free for unlimited amount of time.

In some districts of Tokyo smoking areas were created close to stations to separate smokers from station leaving and entering pedestrians. They are available for everyone for free, however some of them are full during rush hours.

While prohibition of smoking can be considered a good thing by some people or be a troublesome matter in opinion of others, changes made by the ban were visible soon after it came into force. There are no people smoking while walking, standing outside convenience stores or sitting in cafes. And now most can escape tobacco smoke while hanging out in Japanese eateries (but no one can escape smoke from the kitchen grill).

Oh, and Tsukiji fish market moved to Toyosu. So if you wish to take a look at ‘freshly frozen’ tunas remember to search the place up on your smartphone and not on using older city maps. New localization will also have some new food-themed attractions and of course some new restaurants will open serving amazing sea-food.

That’s about it. Upcoming Olympics seem to be on everyone’s mind now and it is hard to run away from games or crowds related topics. Reservation for many accommodations, including share houses, guest houses, hotels, ryokans and capsules, are coming in fast, so you to should think fast too or you might end up with nothing or just obscenely expensive. If you plan to travel around Japan for a bit, you will probably save some money by reserving bus or train tickets now. Japanese from other cities will also vigorously swarm into Tokyo, so domestic flights will be busy too. So yeah, see you here.