This place is not just your anime homeland, it is a unique district that served three very different purposes throughout its history. Akihabara originated as a transit spot between northern Japan and old Tokyo (back then called Edo) where many traders decided to settle and make their home. The area was destroyed by a fire in the 19th century and traders there decided to build a shrine for a protector god to prevent such things from happening in the future. Shrine of Autumn Leaves, or in japanese Akiba Jinja [JP], became the most recognizable spot of this place, which eventually led to naming the surrounding area by its name. New district was called in various ways, like Akibagahara, Akibanohara, Akibappara, eventually and ultimately Akihabara, because its easier to say.

Opening of Akihabara Station boosted the economical significance of the area even further and started Akihabara’s black market era. Especially during and shortly after the second world war did the illegal market of household appliances grow there. It was prohibited by law to own a radio and Japanese were risking a lot by buying them illegally from black market dealers.

But technology was changing and marketers had to adapt. Around the 80’s household goods lost their appeal, since they became available everywhere else. Computers, cameras, video game consoles were the new trend of Akihabara’s market. Gathering for these products were game and electronics enthusiasts, who unintentionally created a new subculture – otaku.

Term otaku has a somewhat pejorative meaning and was created to refer to those spending too much time in their house (their otaku), most likely playing video games or on their computer. Since late 90’s people started calling otaku also anime and manga fans, as well as cosplayers, since their interest for imaginary cartoon worlds keeps them preoccupied from dealing with real life problems. Despite the criticism, most otaku seem not to mind the term and use it themselves to show others that it is okay to be slightly more weird and way more original.

Akihabara is not the only otaku culture spot in Tokyo, but its long history of being Tokyo’s forbidden apple and many appearances in pop culture are the reasons why it is the otaku capital. Stores there offer a wide range of products able to satisfy a maniac of any existing fandom. You will find places selling used cameras, smartphones, collector cards, video games, manga, anime, hardware, character goods, cosplay as well as drawing and painting equipment.

If you are a geek for anime and manga the first place on your what-to-do list should be Mandarake [EN]. It is a messy paradise dealing in second hand anime-related items. Navigating through the store is not easy, since the amount of stuff they have is overwhelming. Music, toys and figurines, manga, anime all have their separate aisles, but you will find yourself lost a few times nonetheless. On top of that they have an impressive selection of doujinshi, a surprising japanese invention of independently published manga. Things you can get here are usually way cheaper than new ones available at stores nearby. You will definitely find some rare pieces too.

For more wisely organised place head to the Animate [EN] store. A lot of beautiful character goods, always stays in tune with the newest releases and has very polite staff with amazing knowledge of otaku culture. And just next to Animate is another well-known store called Toranoana. While Animate is crowded most of the time, Toranoana is not usually overrun with tourists, allowing you to shop with more personal space. The only thing about Toranoana is that is has few floors only for adults, so do not go rushing into +18 floors if you are a minor.

When shopping for figures remember to visit shops like Kotobukiya Akihabara [EN] and Sofmap Amusement . Japanese figurine artists put a lot of attention into making their works, you will be surprised how detailed some of them are. You will see life-size pieces (worth all your life-savings), as well as those not bigger than your little finger, both from Japanese and western movies, books, magazines and TV series. For more committed hobbyists there are lots of models available too as well as professional equipment for quickly putting them together.

Finally, for those struggling with making a decision when buying souvenirs and presents are anime/manga surprise boxes with a lot of merchandise. There are some holding items only from a particular anime/manga, as well as those that have inside merch from various titles. Different boxes are priced differently, more expensive obviously holding more items and better quality ones.

Game junkies’s trip to Akihabara should include a look inside the super famous Super Potato. It already has 6 stores (2 in Tokyo and 4 in Osaka) and became a well known brand, but the one that started it all is a small store at Akihabara. Nostalgia will hit you hard when you see all the past consoles in this one place. Games for each are available too, work very well and almost all can be bought. They also sell broken equipment for a small price, which you may use it as a decoration reminiscing the easier carefree days. Or just spend some more and return home with a fully functional console to play your Zelda, 007 Goldeneye or Mario Bros 64.

Game soundtracks and toys are available too and on the top floor of the store you can play old arcades while slurping on some noodles or crunching chips which you can buy at a bar inside the store.

Which brings me to the topic of just fabulous arcades located in this area. I covered game centers in a separate blog entry, so feel free to check it out. Make sure to try out Taiko no Tatsujin, the best rhythm game ever made (in my humble opinion). Though I do have a personal preference in arcades there, I recommend finding one that suits you best. Next to escalators of every game center is the floor guide, sometimes explaining exactly what games you can find there. Be cautious not to mistake a normal game center with a pachinko parlour, or your hearing may worsen for a couple of hours due to all the noisy pachinko slots.

Akihabara embraces its quirkiness and provides tourists with attractions hard to wrap one’s head around. That is why I recommend going to one of the (in)famous maid-cafes. This Japanese culture was born here in the beginning of 2000’s. The idea behind it was to have staff dressed in old-fashioned French maid outfits, serving their customers (or, as they actually refer to clients, their ‘masters’) with utmost respect. After few years maid-cafes evolved into more cutesy and entertainment-oriented places, where maids also do dancing and singing performances, talk to you as if they were cats and decorate your desserts with marshmallows, sprinkles, edible paper cutouts and other whatever-the-hecks.

As always, I have my two recommendations. First one of them is more like what maid-cafes used to be: less pink, quieter and more modest. The name of this place is Cure Maid Cafe [JP]. Maids are very polite and dressed Victorian-style. Food served here is definitely above average and selection is surprisingly large for a place like this. They also have amazing teas and few sets available for sale. What I like about this place is that you can actually chill-out there. Nobody forces you to listen to loud music, you can peacefully talk with your friends or the maids and price for the experience is not high compared to other cafes. The purpose of this place is stress relief. They organize maid performances once in a while, sometimes even with real instruments instead of playbacks, but even this is not as jumpy and tension rising as their competition.

Second place is the complete opposite. I am talking very gimmicky, loud, brain-washing and made with a purpose to completely intimidate you. Akiba Zettai [EN] is a store chain created by a cat god, who gave other cats an ability to take shape shift into a form of human girls. And those human girls will be your staff. And if you think I made this up, please check their website for confirmation. At the moment they have four stores, the original, A.D. 1912 gothic, A.D. 2045 futuristic and game themed. The gothic one best suits my liking, but choose your own. Rules and menus do not change depending on the store, so you are going to have a similar experience in either one of them. 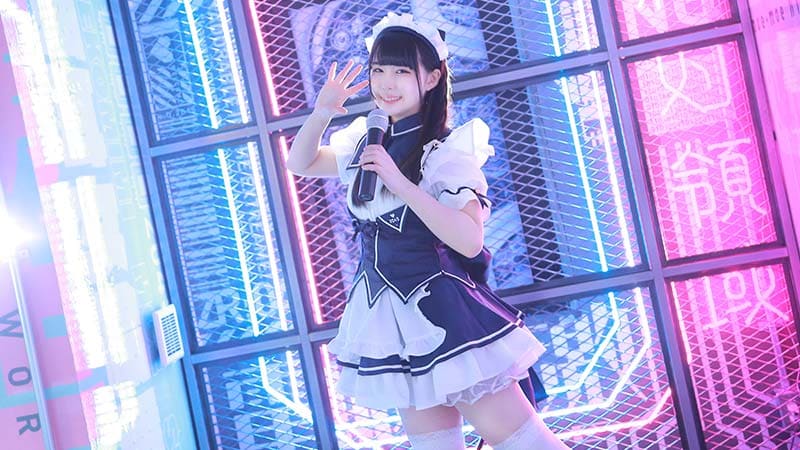 We have done some sightseeing, gaming, cat-turned-human maid seeing, therefore it is time to get our bellies full. And becomes best food is the one we make ourselves, the perfect place to give japanese-cooking a try is just a few minutes away from the station.

Buddha Bellies [EN] is run by a lovely married couple with a lot of experience with washoku (traditional Japanese cuisine) and authors of many books about it. Both of them lived overseas for few years and speak perfect English, therefore most of their courses are made primarily for English speakers. Every class includes a drink of your choice, as well as japanese sake of the day, chosen by one of the owners, who is a sake sommelier. Do not worry about getting a bit wasted, you will be sent recipes in a PDF file to your e-mail address after the course is complete.

That sums up my list of things to do in Akihabara. But honestly, these are just my recommendations. There are many more things worth seeing or experiencing there, but the district is too big, so I had to narrow my mind. All the places presented above I will be happy to visit again and that is what I was considering most when writing. Hope it helps you. See you in the next post!