Japanese wardrobe has been gradually westernizing these last couple of decades, but exterior influences in fashion had been present for even longer than most people imagine. Western fashion in Japan is available in stores since the 2nd half of 19th century, the beginning of Meiji Era. At the start it was mostly adapted for military purposes, but suits, tuxedos and other elements of western dress code soon became a spreading trend among rich Japanese investors in an industrializing country. At the end of 19th century first Japanese brands creating clothes in a western manner started their business. They succeeded in getting clientele not only inside their own country, but also overseas, eventually making their products well known in fashion capitals of the world, such as Paris and Milan.

One may think that, due to how popular foreign fashion became in Japan, cultural and traditional costumes and apparel became a thing of the past. Fortunately, it is not so. And in this blog post I wish to explain this fascinating affection that the Japanese have for their fashionable cultural heritage, namely – kimono.

Regardless of a culture appropriating idea of a 38-year old American celebrity, it is better to associate your image of a kimono to a colorful robe covering the whole torso, most of the arms and legs, which is also a Japanese traditional garment dating very long ago. How long exactly? Well, the ancient Japanese were not exactly familiar with using fabrics for creating clothes and it was not until the 2nd century when they learned it from a larger civilization living on the continent, China. Strong Chinese influence in clothing in Japan lasted until the beginning of the Heian Era in the 8th century. It was then when more distinguishable and more unique to Japan garment first appeared. 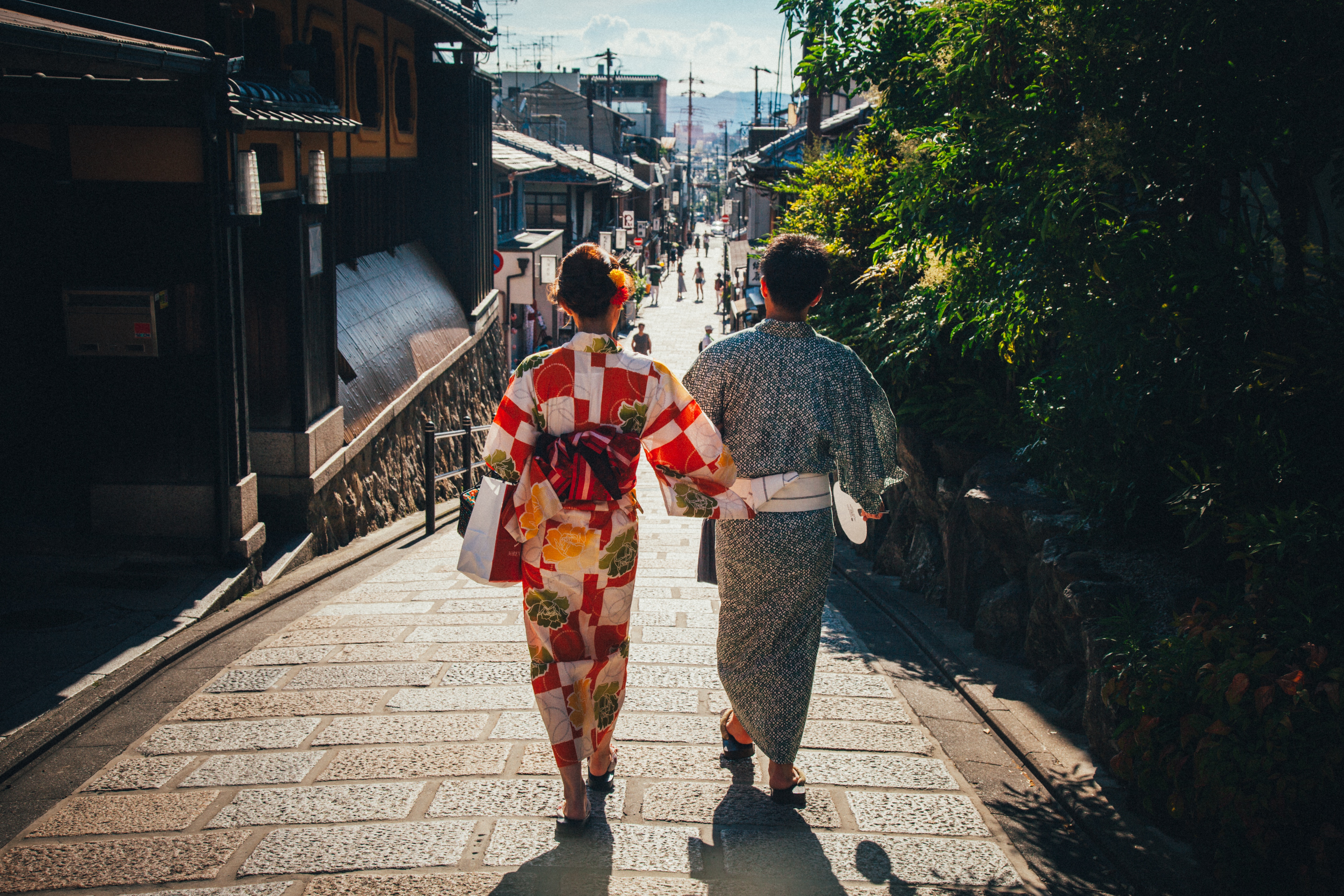 The kimono – literally meaning “something to wear” – had ultimately liberated itself from a variety of Chinese accessories around the 12th century. A new trend of layering appeared in Japanese fashion and established the general look for kimono. That look the Japanese grew accustomed to has not been modified ever since. Strictly speaking, it was rather perfected than changed, because while kimono clothing had gone through some transformations over the ages, its original composition guidelines were never forgotten. Kimono are made very meticulously and according to the rules. There is a reason behind both the dying and specific patterns on every robe, and colour combinations are limited due to still functioning traditional principles established in the 13th century. Many of these rules (for example reserving some of the coulour combos for only one family or a social status) lost their meaning in recent times but most of kimono manufacturers do not give up on them. Eventually, rigidity of rules ceased further evolution of kimono and since the Edo Era (1603-1868) no structural changes have been made. Meiji Era was the beginning of an industrial revolution in Japan and people started using machines for speeding up the process of creating clothes.

However, due to kimono being a very adjustable and versatile wear, before Edo Period, a wide selection of diverse kimono styles had been created. Different kimonos were worn for different occasions: for example, shiromuku is the bridal gown, mofuku is worn for funerals, iromuji is the casual one, but that type of a casual one you wear to tea ceremonies only. Not that hard to follow. In some cases, differentiation of kimono robes was also done to distinguish the marital status of the wearer. For instance, most of the kimono garments cannot be worn both by married and unmarried people. For instance, the beautiful furisode, a kimono styled characterized by its long sleeves. It is given to women when they reach their legal marital age (please mind the fact that most of women in nowadays Japan marry in their late 20’s and early 30’s rather than before turning 20 years old). Traditionally, women who wear furisode are those who can and wish to get married, but now they are mostly worn for coming of age ceremonies. Also, because furisode are made very meticulously and require more fabric than most of kimono styles, they tend to be really expensive, sometimes over 1,000,000 yen. Most of the furisode you will see being worn by people in Japan are rented, but they are wonderful regardless. 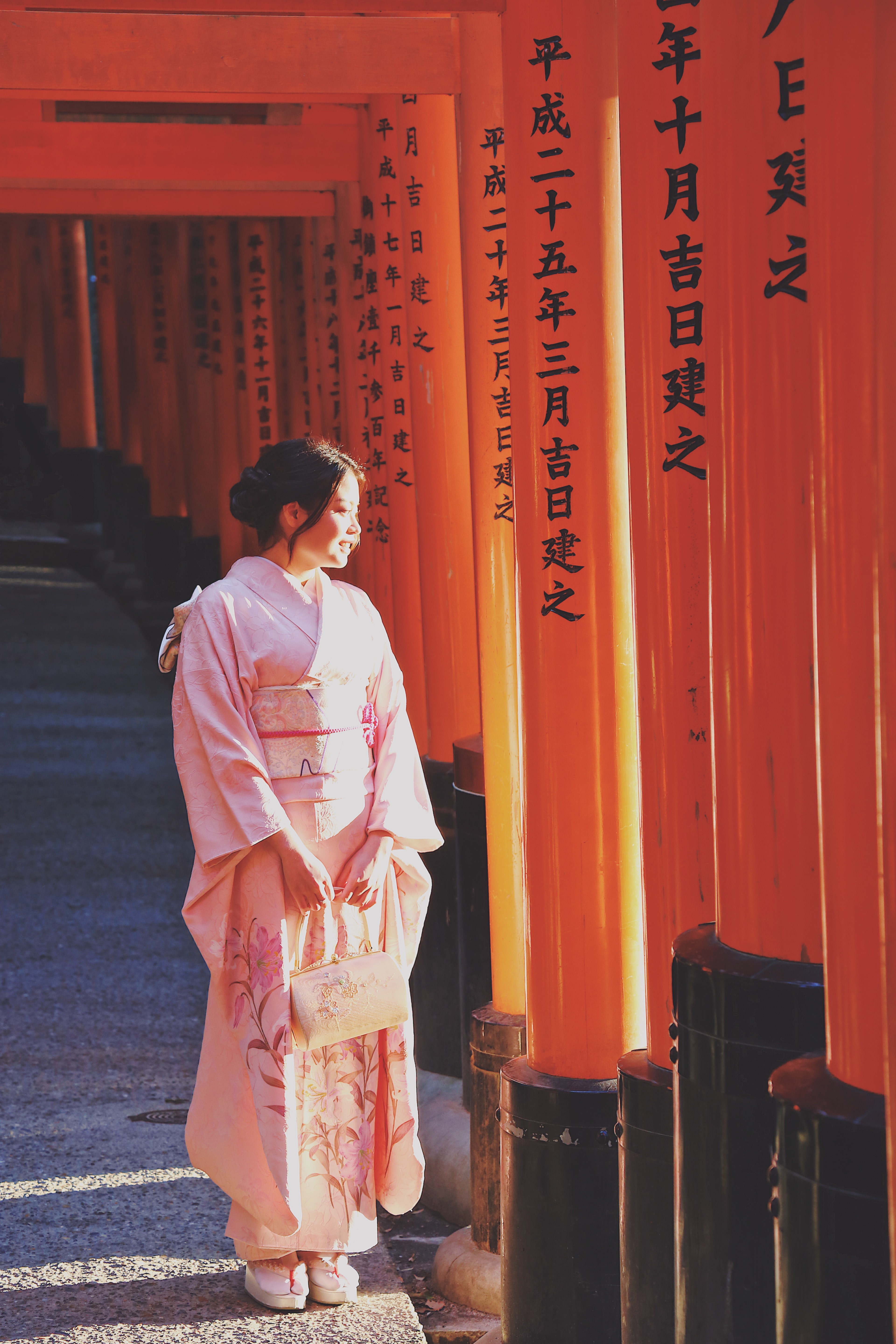 On traditional shinto wedding ceremonies, women wear the aforesaid shiromuku. Shiromuku gown is entirely white, because this color is a symbol of pureness and virginity. Gown is paired with one of two types of special hats: wataboshi or tsunokakushi. The prior is more simple in style, covers most of bride’s hair and face from people other than the groom. The second covers only hair but is still larger than human’s head and comes with several golden decorations. Accessories for shiromuku include golden sandals and fans and a small katana (just in case, I guess). Honestly though, origins of many of these accessories and hats remain a mystery and though their appearances are tradition, they do not hold much spiritual meaning now. For example, wataboshi was supposed to be worn only for the wedding ceremony and be switched to tsunokakushi for the after-party, but now brides usually choose the one they prefer for entirety of the event.

Men’s apparel has a bit less variety. Formal attire, wearable also for weddings, is called montsuki. It is usually a black kimono with a crest of their family. It has either five, three or one crests imprinted, worn with a hakama (another Chinese invention), which is a type of long trousers, and socks and sandals. Men’s kimono, both montsuki and less formal types, have less vibrant colours, almost no decorations, very little accessories and subtle patterns.

The most recognizable type of kimono, which is worn both by women and men, is yukata. It is the one you see most often on pictures and is the most popular among Japanese and foreigners alike. It is a summer kimono, worn to keep the body cool during hot summer days, and because it is made with cotton it is usually much cheaper than other kimono types, which are made out of silk. Yukata were originally used as robes to cover up the body after getting out of a bath. These undergarments eventually became the least formal type of a Japanese kimono, adored by its simplistic design, aforementioned affordable price and illusion of that refreshing feeling like you just stepped out of shower. Most often yukata come in two colour combinations, deep blue or deep green, but since yukata is already considered very informal, the same rules that bind the manufacturing of kimono do not apply to yukata making. That is why you can easily find yukata with anime characters imprinted, seasonal and other non-traditional designs will be available as well. Flower designs are very popular among women, men are most likely to wear geometric patterns. Yukata should be worn with sandals, and beneath the robe some undergarments are a must, since yukata is just a one layer of clothes on a wearer. 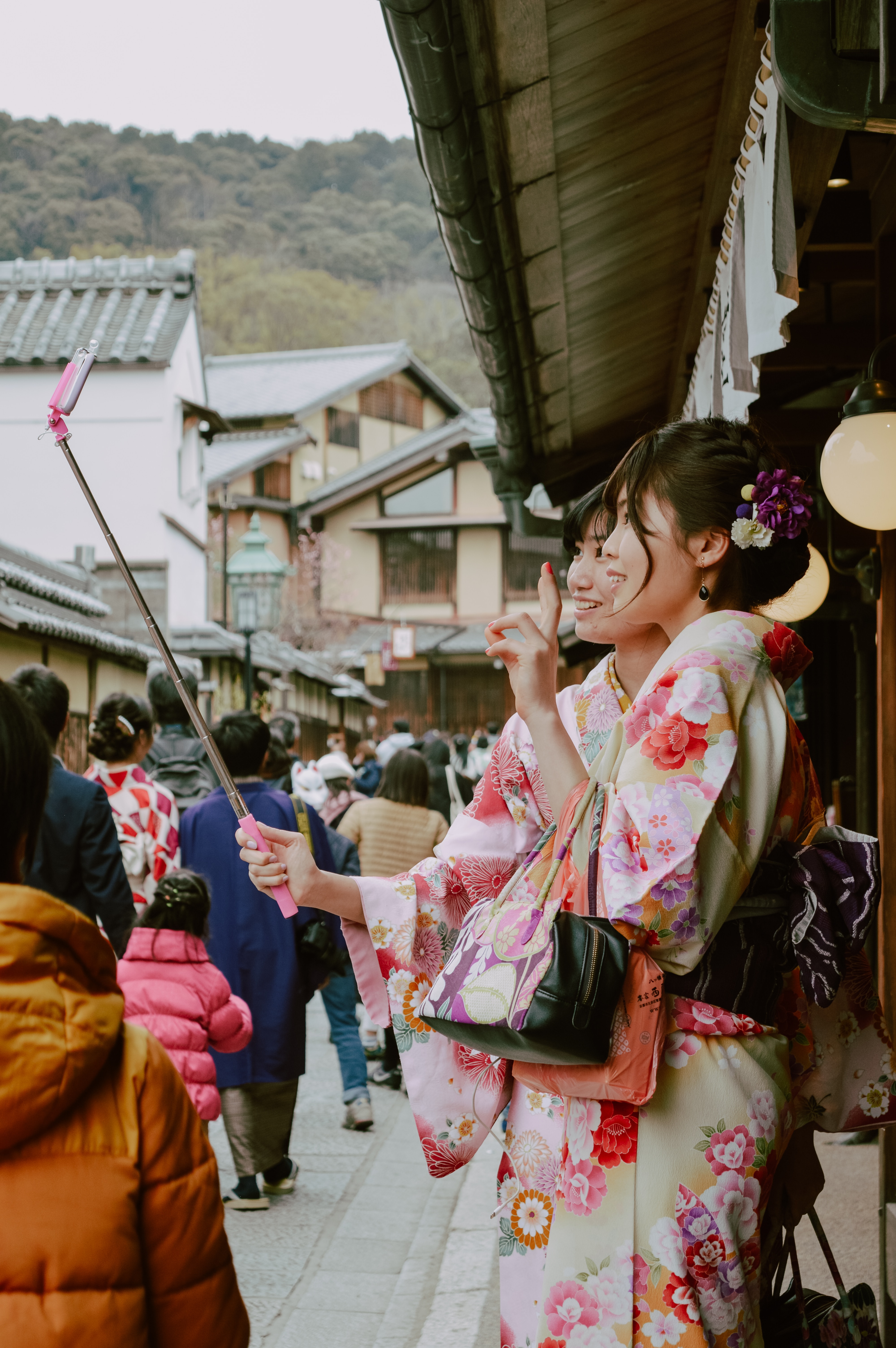 Kimono is still big in Japan and people wear it on both formal and informal occasions. Experience of wearing a kimono is an enjoyable one and I recommend you rent one during your next stay in Japan. Kimono making is an art in itself and manufacturers’ craftsmanship is worth seeing, so at least consider visiting some of the shops specializing in kimono. The Japanese take great pride in their traditional clothing, express gratitude for their heritage by wearing kimono often, and do not find it offensive for you to wear kimono too. It is your appreciation for their culture that will be considered a good thing.