Brightening up not only the sky but people’s moods as well firework displays are loved and anticipated by many. Most often carried out on special occasions or holidays those spectacles of vibrant colours and flashy lights are a worldwide concept, therefore they are known to everyone regardless of their nationality or current whereabouts. And they are a huge thing in Japan too. The Japanese call fireworks hanabi (花火), literally ‘flowers of flame’, and a firework display is called hanabi taikai (花火大会).

Japanese tradition of fireworks goes way back and it has to do with repelling bad spirits. Nowadays hanabi taikai are held during the summer and, as opposed to Western ones, are not tied to singular occasions but to the entire summer season instead. Another difference is that in Japan there are many (hundreds) of them organized every year in several cities. Therefore people meeting up on a firework display are often couples on their dates, small group of friends or families. The Japanese have no need to rush and invite all their friends because a chance to go on another festival will come soon.

Although those are very casual and entirely secular occasions, many decide to wear yukata robes for firework watching. They are perfectly designed for withstanding summer heat and cover the body from cool winds. Seen together on a festival grounds yukata make the place as colourful as the sky above will be once the fireworks have started. 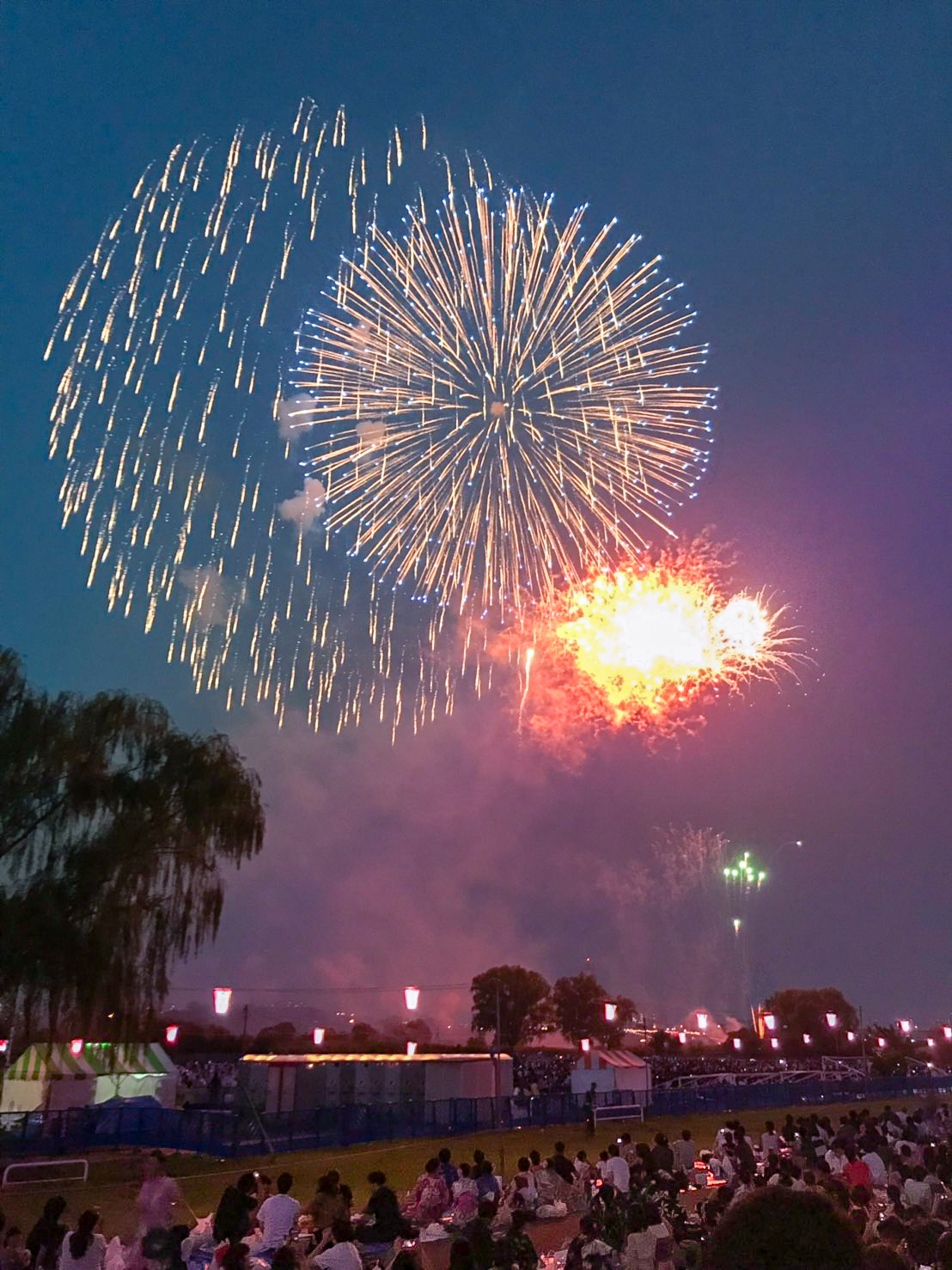 However, hanabi taikai can be crowded. Especially those held in Tokyo have a large group of people gathering. What this means is using a taxi, a car or a bus will become difficult (and an chance to see very rarely appearing traffic jams), moving on stations and subway undergrounds very inconvenient and in case you do not have a room reservation almost impossible to find a bedroom in a hotel or a hostel. Consider these when planning (or spontaneously deciding on) your arrival to Japan. If you wish to attend a firework display yourself, buy a reserved seat to assure your comfort and safety. You can order from a Japanese website or catch an offer through travel agents.

Japanese firework festivals are well organised attractions competing between each other and their former selves in drawing power. Organizers set the highest standards for guests’ safety and try to provide more than enough to amuse them. Choreography of fireworks is an unrecognized art and skilled pyrotechnicians participate in a friendly rivalry to create more and more fantastic shows.

Usually festivals start with launching small starmines fireworks, the ones that explode into a spherical shaped shell. Big boys, like 1.2 metre in diameter yonshakudama (四尺玉), appear later in the evening and their explosions always leave several bursts of flashy lights after them.

And if you are wondering which festivals to attend, here are mine recommendations.